Viking symbols have been a great source of inspiration for people these days. They consist of many meaningful symbols that have stood the test of time to present to the future generation like us today. One of the most important and sacred Viking symbols is raven. Raven tattoo has also become an upward trend these days.

Why Ravens become important and sacred?

Ravens are one of the most commonly appeared figures in Norse mythology. In many tales, they presented death and unfortunate. In Norse mythology, ravens presented something much more positive. Actually, this was attributed to Odin the Allfather because Odin himself had a pair of ravens who played a part of Odin's holy messengers. Odin's ravens were known as Huginn and Muninn. Odin let them fly out around the Nine Worlds and they would return to Odin by evenings to tell him what happened in the world. By this way, Odin could keep himself informed about the whole cosmos. Ravens, thereby, became the symbol of Odin's mental power and his presence. Odin and his ravens Huginn and Muninn

Moreover, the Vikings also viewed ravens as a positive side in their battles. Because they believed that ravens meant Odin's presence and this indicated that if they did not win the battle, they would be chosen to Valhalla (the Holy Hall for the Fallen of Odin) as long as they fought until their last breath. But of course, they wanted to win the battle. The Vikings also held a belief that ravens or Odin's presence would give them more strength to fight in the battles.

What about a Raven Tattoo?

The tattoo reminds you of what you believe in. You have your faith that lies in the Norse pantheon (especially Odin the Raven God) and the lies in the Viking spirit. Moreover, think about the great values that the Viking ravens embody. They were intelligent enough to be illustrated alongside Odin the Father of All. They were brave, wise, mighty, sacred, and mysterious. Those are the valuable qualities that we can learn from the Viking ravens. And the Viking raven tattoo reminds you that you want to possess such qualities. On the other hand, ravens were kept on voyages and would be sent out to find the land if the voyagers got lost. In the modern sense, Viking ravens are emblematic of life guidance as it will guide you to the right direction to the better places.

The Viking raven tattoos can be applied anywhere in your body. It all depends on your want. And there is no restriction about the place to tattoo the Viking raven. It can be tattooed at the noticeable parts like arm, neck, or leg. But if you want to cover it for your professional or personal purposes after getting the tattoo, you can have it within your chest, back, or in your foot. 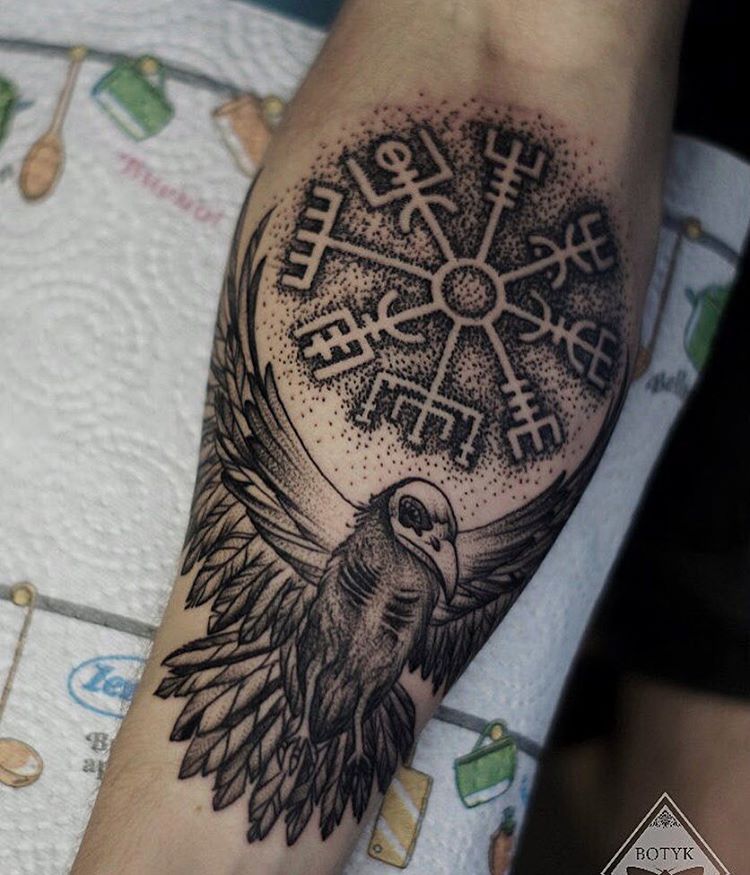 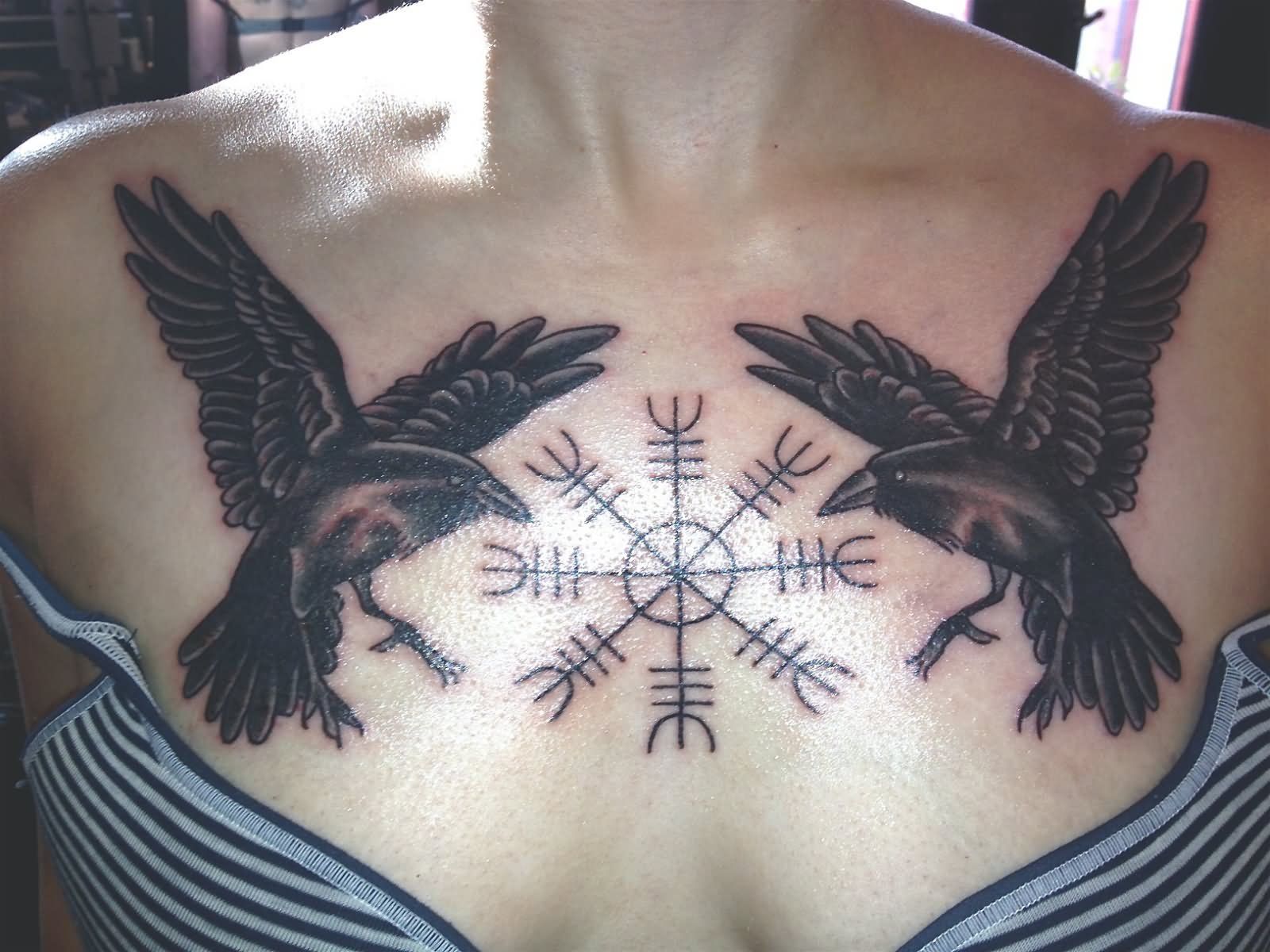 One cool idea for those who desire to go on an adventure with the Viking raven tattoo is to have it around your temples. This might sound a little bit scary and weird. But in the TV series "Vikings", the actor who played Ragnarok Lothbrok did have the raven tattoo around his temples. This was probably inspired by the image of Huginn and Muninn perching on Odin's shoulders and whispering into his ears. For those who view themselves as Odin's offspring, a raven tattoo around templates is a cool idea to try. If you are interested in Viking tattoos, check out BaviPower blog about this topic: