The Viking warriors were not only known for their power and brutality but also their fearful tattoos. Viking warriors with fearlessness in the face of death and outstanding tattoos on their bodies were nothing less than awesome!

Why the tattoos applied – The land of the Vikings could not satisfy their ambitions and there came the raids and invasions. Wars were something much greater but they still happened. These kinds of violence did not require skill and strength only; they need luck, too. On the top of that, the Vikings worshipped gods and superstitions. Thereby, any amulets (including tattoos) were the best way of wishing for luck and calling for deity help.

During raids and battles, witnessing the death of comrades and enemies became common to the Viking warriors who were superstitious. Accordingly, tattoos suitably served to protect in battles, offer strength and health, give bravery, and haunt the enemies. Who had tattoos – There was little evidence whether the majority of the Vikings had tattoos but the Viking warriors did. Serving in the military, they decorated their bodies with drawings, patterns, and symbols.

Where tattoos applied – The tattoos could be applied to any parts of their bodies. Their arms, chest, back, leg, or even face, etc. There were no restrictions imposed on where a Viking could have tattoos.

How tattoo applied – In the ancient times, the most common way of tattooing was to prick. The skin was pierced by wooden or bone needle with coloring substances such as black soot from fire or any natural dyes. The Viking warriors could even tattoo themselves without any external help even though the tattoo masters still existed.

Tattoos on Face or Head

In the Viking era, not all warriors could afford a helmet. The majority of the helmets were in the open-face type. With the want to pierce on the visible body parts, head and face were perfect places for tattoos. Though the pain of tattooing on the head or face was the same or even greater than that on other parts, this practice of this was worth the try. Many people claimed that there was no proof of Viking head/face tattoos and everything was the modern distortion. Whether it was true or not, no one could deny the coolness of these tattoos, especially in the TV series “Vikings” 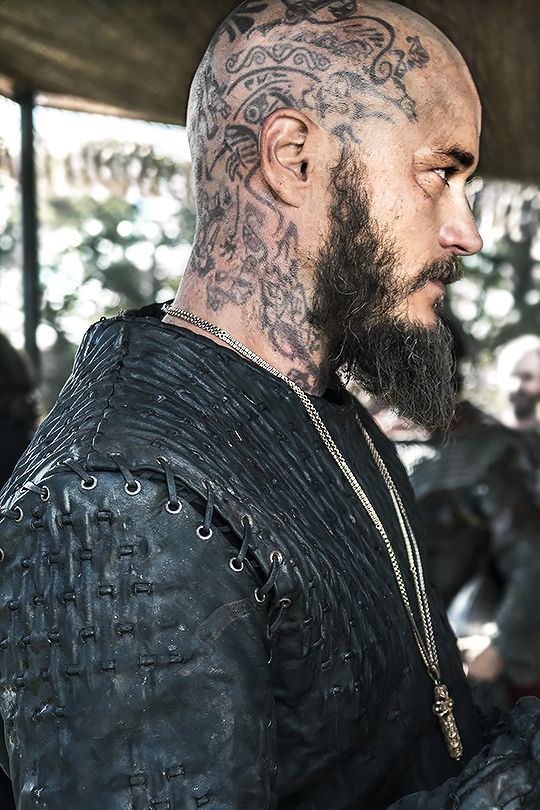 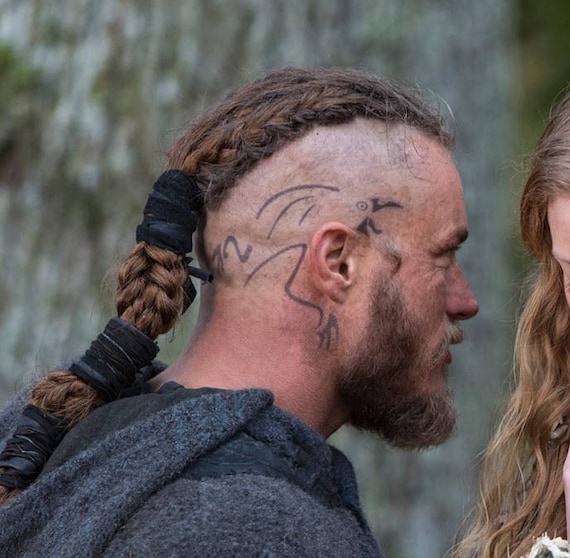 For example, the Viking Ragnar Lothbrok had a head tattoo around his two temples. Looking closely at it, we can conclude that the tattoo was the ravens. But why ravens? In Norse myth, ravens were the constant companions of Odin. Odin had two ravens, Huginn and Munnin respectively, telling him the Nine Worlds stories. Also, Ragnar was believed to be one of Odin’s descendants. Somehow, we might feel that Ragnar was the Allfather to the Viking warriors just like Odin to the Aesir Gods. The raven symbol meant wisdom, knowledge, and mystique in general. That is to say, every tattoo pierced onto the body of any Viking warrior must imply some figurative meanings itself.

If you find the Viking tattoos interesting and inspiring, check out BaviPower Viking Tattoo recommendations for your own.