Perhaps the most common weapon in the Viking Age was the axe. The axe most of the times was the choice of the poor farmers and normal warriors. Swords were much more expensive and could not be used for several different purposes. Therefore, swords were often for the wealthy Viking warriors. 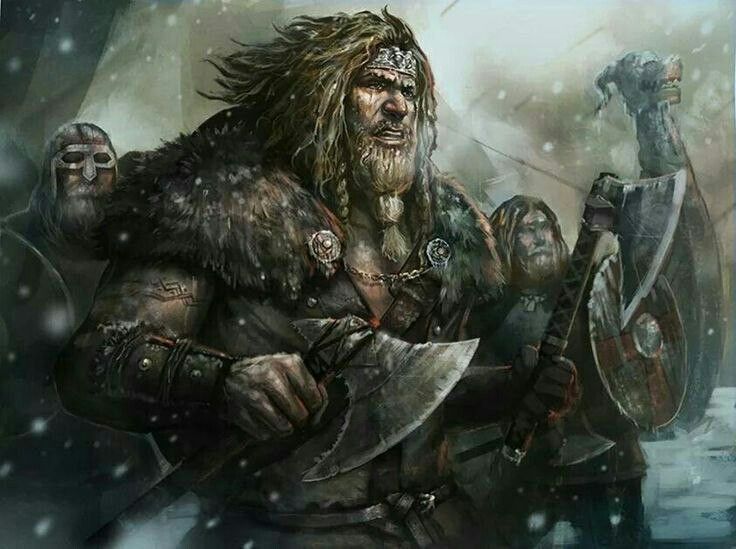 Indeed, the image of the Viking axe has deeply ingrained in the minds of people who care about Viking age. The Viking axe was subtly designed for speed, deadly attacks, and clever movements as well.

The Design of Viking axes

The Viking axe consisted of two main parts: the axe head and the axe haft (the handle).

The Viking axe head was single edged and made of iron. There was no sure number for the axe head size as the materials for Viking axe that survived showed different sizes of the axe head. Some axes were carefully decorated with floral pattern. For example, the Mammen axe heads excavated were decorated with inlays of silver or even gold. Many people assume that the decoration on Mammen axe head presented the Yggdrasil and the ancient Phoenix. This Mammen axe head has become a favorite pattern for jewelry design. (See more: Mammen Axe Jewelry) The curved shape of the axe head was also designed for the variety of moves. It could be used to hook the opponent’s body parts such as necks or ankle. By this way could the axe-wielder throw or move the opponent into the directions they did not expect.

The advantage of the shorter axe was that they could be easily hidden. To be specific, the warriors could hide the short axes behind the shield for reserve. Or sometimes short axes could also be hidden under the cloak. Overall, this was a preparation for a surprise attack To the Viking farmers, the axe was an affordable and convenient tool that could be for multi-purpose use. With the aid of their axes, the Viking could build house, hunting, cutting and splitting the wood, etc. Indeed, the axes were perfect tools for the Viking farmers as they were incredibly powerful, not too expensive, and could perform many functions. To the Viking warriors, though axes might not be the best in combat, they were one of the deadliest weapons.

Generally, with clever design, great strength, and affordability, that the Viking axe has earned so much admiration and respect was credible. Moreover, the Viking generation viewed the axe as the heritage that their ancestors left.