In the previous blog posts on BaviPower, we have discussed 16 rune letters in the Elder Futhark. There are 8 runes left which we are to take a close look at the meanings of those remaining runes: Tiwaz, Berkano, Ehwaz, Mannaz, Laguz, Ingwaz, Dagaz, Othala.

This Tiwaz rune letter could be pronounced as "Tea-Waz". Tiwaz was the rune letter of god Tyr in Norse mythology. As far as we are concerned, Tyr was the god of law and justice in the Norse pantheon. On the Binding of Wolf Fenrir, Tyr sacrificed his hand so that Norse gods managed to bind Wolf Fenrir to the rock with the magical chain. Yes, he did sacrifice for the good of his clan. This was regarded as a quality of a good leader. And every good quality of god Tyr was represented in his rune letter - the Tiwaz. The appearance of this rune indicated honor, justice, authority, and leadership.

Berkano or Berkana was the rune of birth and new life. This word could be pronounced as "Ber-can-ooh". Anytime this rune letter appeared, it meant a new start in one's life. Not only was it about the physical birth or pregnancy, but it was also about the outburst in creativity or spirit as a whole.

The pronunciation of this rune letter could be "Eh-was". This rune represented two horses and transportation. This transportation usually led to the better scenario. Besides this meaning, the Ehwaz rune letter had another way of interesting interpretation. It was the collaboration and trust between two (or more) entities. Harmonious collaboration and teamwork were indicated here. 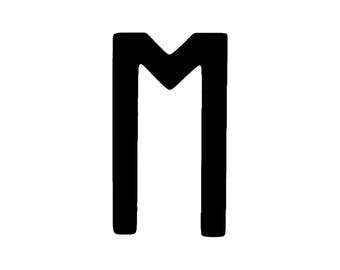 This rune letter revolved around humanity and the social relationships. The Mannaz letter symbolized the humanity joining together with a view to purchasing the common goals. It was also about the circle of you and your family, friends, colleagues, etc. 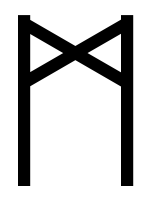 "Log-Guhz" or Laguz was the rune of water, flow, and sea. Many people might have viewed this rune as a negative symbol though. This rune letter indicated something uncertain and the powerlessness one might suffer. 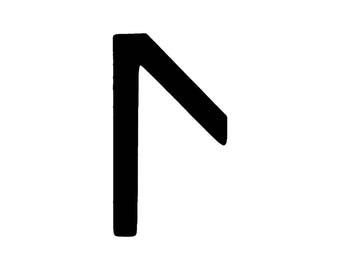 Ingwaz was pronounced as "Ing-Guz". In Norse mythology, Ing was another name for goddess Freya who often traveled the Nine Worlds spreading fertility. This coined her the name God of Agriculture. And the Ingwaz was the rune of Earth and the human's connection with it. The appearance of this Ingwaz letter was to recommend us to take more attention to the earth and environment around us. It was about the resting time and the time of relief. 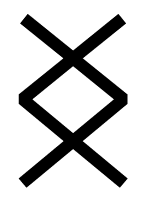 Dagaz or "Day-Gahz" was one of the most positive runes in Elder Futhark. This rune letter signified the dawn or the awakening in one person. As they might have been through the days of darkness, now it was the time for them to walk out of that darkness and enjoy the better scenario. A new dawn enlightened one's life. In the modern sense, the appearance of Dagaz represented what people wish for in their life. They wish for something better, something brighter, and something that could change the rest of their life in a positive way. Othala "Oh-Thall-Al" was the rune of ancestral property. Most of the time, this rune letter revolved around family and home. One might have traveled further afield only to come back to their home to feel the love of family once again. This rune letter resembled the Troll Cross which the Vikings used to ward off the evil spirits to get the security and protection.

Overall, what we learn from runes...

Runes were one of the most magical and mysterious alphabets that still remain on Earth. What we know today might only the tip of an iceberg. The meaning and power of runes might be much greater than what we research these days. But after all, we know that runes are for those who love and respect it. Runes can be used to express our wish, our confidence, etc when our language fails to do. It is a wonderful source to keep our secret and ambition at last.