Odin did not himself pick the fallen warriors to join his army in Valhalla. He had someone get there to take the bravest fallen human warriors. Those Odin's helpers were known as the Valkyries.

Valkyries could be pronounced as "Val-Ker-Ee". This word meant "The Choosers of the Fallen". The Valkyries in Norse mythology were the female helping spirit of Odin the Allfather. In many modern depictions of the Valkyries, they were the beautiful, noble, and elegant women that rose horses and guiding the dead warriors to attend Valhalla - the Hall of the Fallen which was presided over by Odin in Asgard. 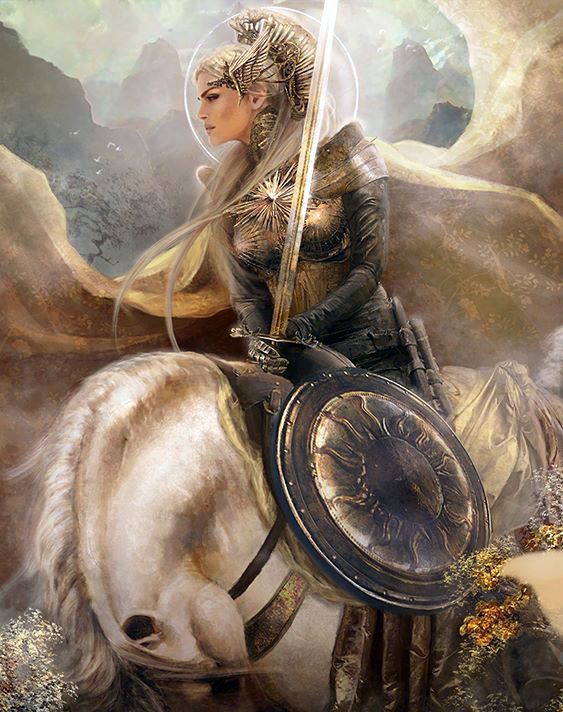 When the battles took place down in Midgard, the Valkyries would appear there. They would observe and pick the most suitable warriors to come to dwell with Odin up in the Valhalla Hall. According to many materials, the Valkyries would choose half of those who died in battles to come to Asgard while the other half would come to Folkvangr to join the army of Freya goddess as their afterlife. Those fallen warriors in Valhalla were known as the Einherjar "Single Fighter". When it was not the time of Ragnarok, the Einherjar would be provided mead by the Valkyries. However, when the Ragnarok came, the Einherjar would take the side of Odin and join the war battling against the Jotun or the giants. 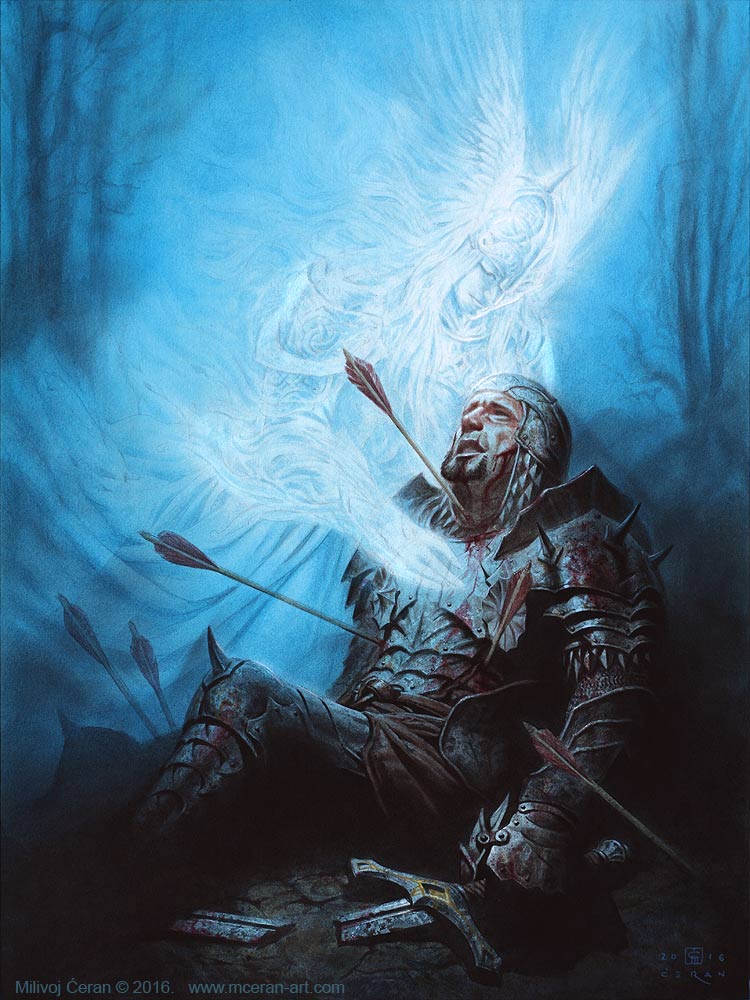 Whether the Valkyries survived the Ragnarok remained unknown. During the Ragnarok and after the Ragnarok, there were hardly any materials mentioning them. But we can assume that as Odin the Allfather fell during his battle, so did the Valkyries and the Einherjar. The symbol of Valkyries is not quite common when it comes to the Viking or Norse symbols. Usually, the double wings are the best representation for the Valkyries.