Every Norse God possessed a certain kind of weapon that would help them defend or would simply become the symbol of them. While Thor, for example, was known for wielding the Mjölnir hammer, Odin had in his hand the mighty spear – Gungnir.

Gungnir (pronounced GUNG-neer) was the famous spear poetically and visually depicted alongside Odin the Allfather. “Gungnir” meant “The Swaying One” in Old Norse. According to the myth, Loki travelled to Svartalfheim to ask the dwarves to create some precious treasures to make amends for the trouble he created. Then he came back to Asgard with unique treasures including the Gungnir gifted to Odin. Odin, Gungnir spear, and his ravens

The Gungnir spear was no an ordinary spear. It was created by the most talented craftsmen in the cosmos – the dwarves. Gungnir was said to have the Runes carved on its point which could increase the magic and deadly level. People excavated some imitations of the Gungnir model.  Like Mjölnir, Gungnir flew straight toward the target and never missed it. It was believed that any oath sworn in front of its point could not be broken.

In the Norse God War, Odin led the Aesir god tribe battling against the Vanir god tribe with the aidance of the Gungnir spear. He started the battle by throwing his spear into the front line and screaming “Óðinn á yðr alla!”meaning “Odin owns all of you”. The Viking warriors who highly respected Odin used this gesture to begin their battle. They hoped this gesture would call for Odin and his presence with the hopes of bringing their enemies to their knees. In case they lost, the presence of Odin would guide them to Valhalla the Hall of the Fallen. 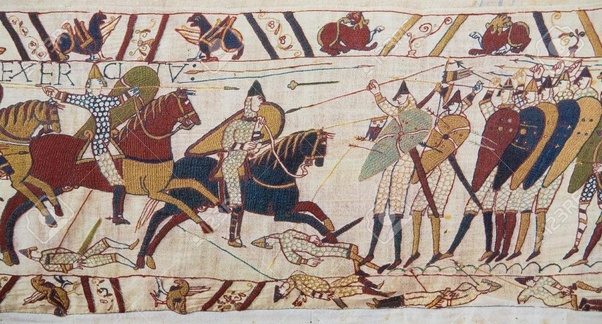 On discovery of Runic meaning, Odin physically sacrificed himself. He hung on the branches of Yggdrasil for days and he got stabbed by his own spear Gungnir. From this severe sacrifice, Odin gained the ability of deciphering the runes.

During the events of Ragnarok, Odin would carry the spear Gungnir ahead of the Einherjar army and fight with the Fenrir monster until his last breath. The Gungnir spear then became the symbol of authority and power of Odin the Allfather. Besides the powerful Gungnir spear, Odin was the master of A Pair of Ravens, the Sleipnir horse, and pair of wolves.