The Viking for long has become a wonderful source for art like movies, music, poems, etc. There are many changes and distortion of the Viking in order to suit the individual taste and modern liking. Accordingly, we may think of the Viking with some false interpretation. Here are some facts that you might not know about the Viking.

1. The Vikings Were Hygienic

When the Vikings are adapted to for example movies, their appearance needs to look cool and somehow “rugged”. The Viking men in the movies or books might appear to be bearded, dirty, and savage. Because the adaptation of the Viking revolves wars, raids, and lootings, their appearance must match the situation. How could a raider look tidy and clean after adrift on the sea for days?

However, according to the historic materials, the Viking regarded the hygiene as their priority. They used to create a very strong soap, not only for their bathing but also for their hair bleaching. The Viking burials when unearthed found many personal belongings like razors, combs, tweezers, etc.

Accounts of Anglo-Saxons described the Vikings who attacked and settled in England as the clean freaks. At those days, the Viking bathed once a week while an Anglo-Saxon bathed once or twice a year.

2. Most of the Vikings were farmers

Again, what we may see on the TV is the Vikings on voyages raiding and killing the foes. Contrary to such scenes, the majority of the Vikings were the normal farmers who led a very normal life. They were not as brutal and violent like the way many TV series depicts. 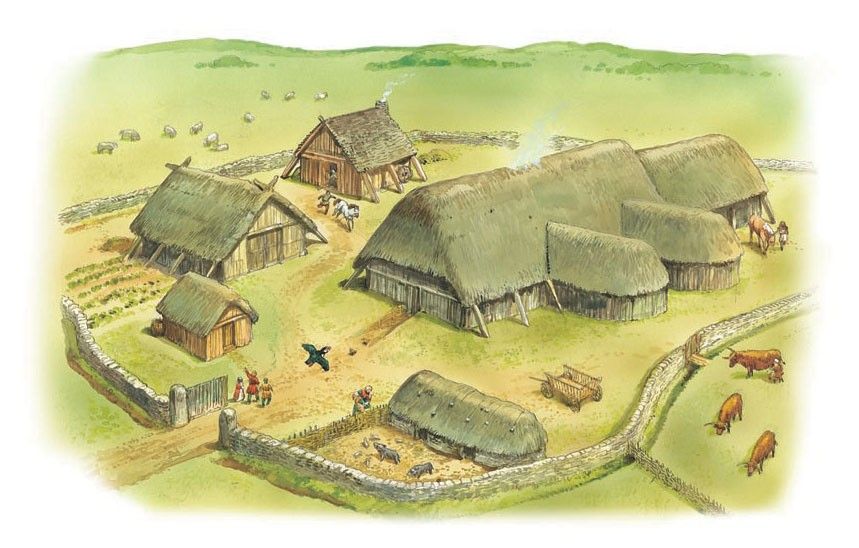 They brandished the scythes and axes for agriculture and fishing, not the swords for killing, in fact. They grew vegetables and fruits. Also, they raised the animals like pigs, sheep, goats on the farm the support their families.

3. The Vikings Buried The Dead In Boats

The Viking Funeral was something of interest because of its meaning and rituals. One of the most famous funeral practices was Viking Sea Burials. The deceased would be put on the ships with some of their personal belongings. The ship would be set into the sea and burnt. There were cases that the slaves were sacrificed to be put on the boats with the dead. Funeral of a wealthy Viking

However, this funeral practice was not popular among the entirety of the Vikings. Because not everyone could afford a ship which was created only to be burnt. The practice of Sea Burial was mainly for the honorable warriors, the Viking wealthy and noble.

The life of the Viking women was the envy of both the ancient women and women in some parts of the world today. The Vikings were so civilized that they accepted the importance of the women. The Viking women possessed fundamental rights like land owning, divorcing, suing, etc. If a man approached and showed some sexual harassment and abusement, the unwilling woman could voice objections and that guy would face a severe punishment.

The Viking women also had the rights to join the army and fight in battle. The skilled woman warriors were honored as the Shieldmaidens.