Fenrir was the most monstrous wolf in Norse mythology. In this modern age, people even call Fenrir the God of Destruction for things he had destroyed in the myth. But during the event of Ragnarok, Fenrir could not survive and got killed. 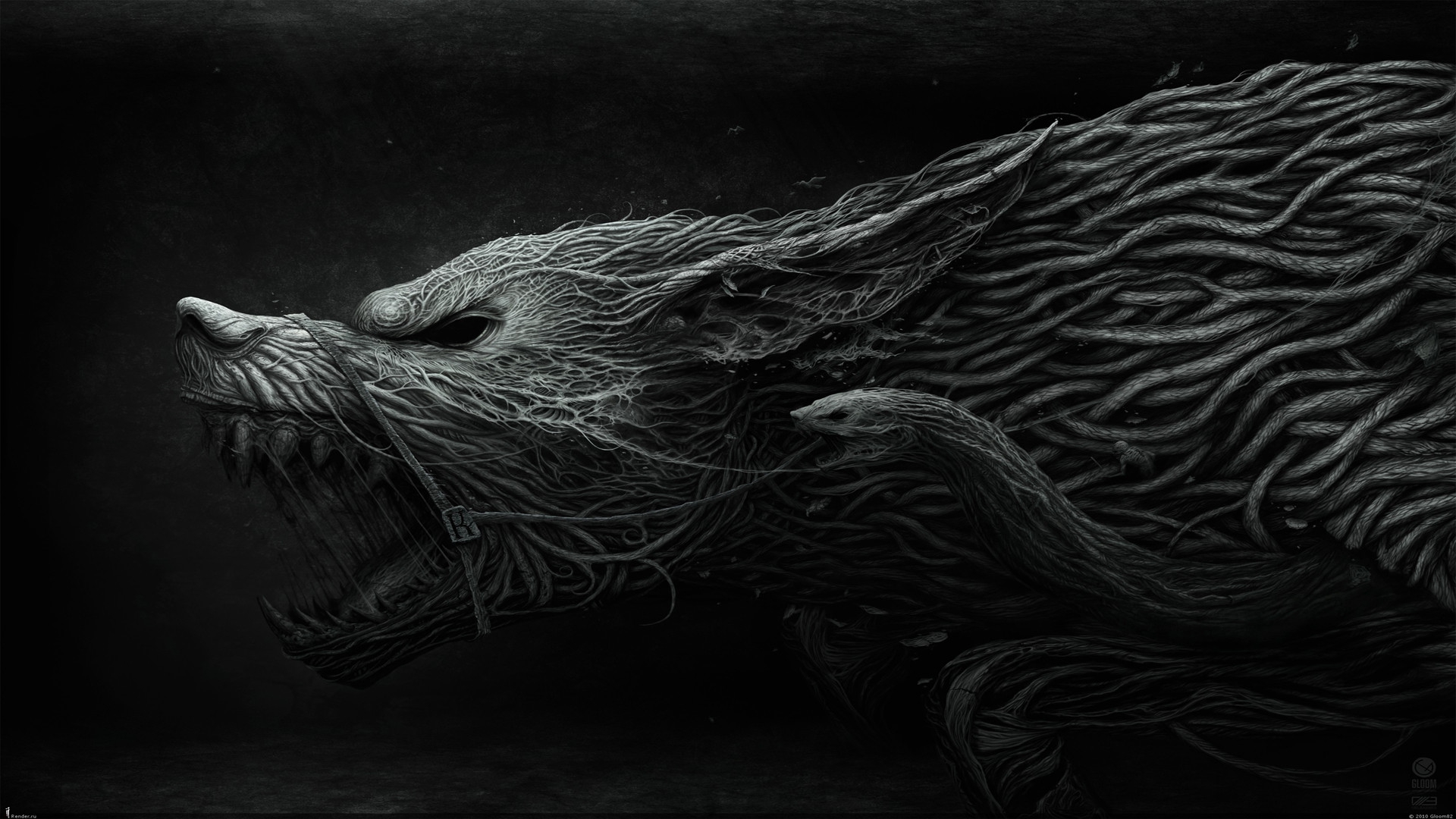 A depiction of wolf Fenrir

Fenrir was the son of Loki and giantess Angrboda. He had two siblings who were Jormungand the Midgard Serpent and Hel the Queen of Helheim, land of death. Fenrir was also the father of two wolves, Hati and Skoll who swallowed the Sun and the Moon prior to Ragnarok. Actually, Fenrir was not raised by his parents. He was kept in Asgard and raised by the Norse gods. But the gods quickly realized that Fenrir grew up at a shocking speed so they decided to bind Fenrir with the magical chain of Gleipnir. With some tricks, Fenrir was successfully bound and he was abandoned and he waited for the days of Ragnarok to come.

When their times finally arrived, Loki and Fenrir broke free themselves to wage war against the Norse pantheon. They led the giant army to crash through the Bifrost Bridge to enter Asgard. Jormungand Norse Midgard Serpent used his venomous breath to poison the whole sky while Fenrir stretched his jaw from earth to heaven to swallow anything that popped up in his path. Hel sent out her Garm the Hound and the army of the dead to join the side of Loki.

With the unexpected horning sound of Heimdall the Asgard Watchman, gods quickly picked up their weapon and got ready to join the battle. Every god had the chance to fight with their sworn enemy in their last battle: Thor vs Jormungand, Freyr vs Surtr (fire giant), Heimdall vs Loki, Tyr vs Garm, etc. And, of course, the fight between Odin and Fenrir which was followed by Odin’s death and revenge. Odin fought with Fenrir until his last breath and no matter what, he could not escape the prophesied destiny. Odin managed to lead the army of Einherjar and gods to battle before his being consumed by Fenrir. The loss of the greatest leader was too much for any god or creature to bear. 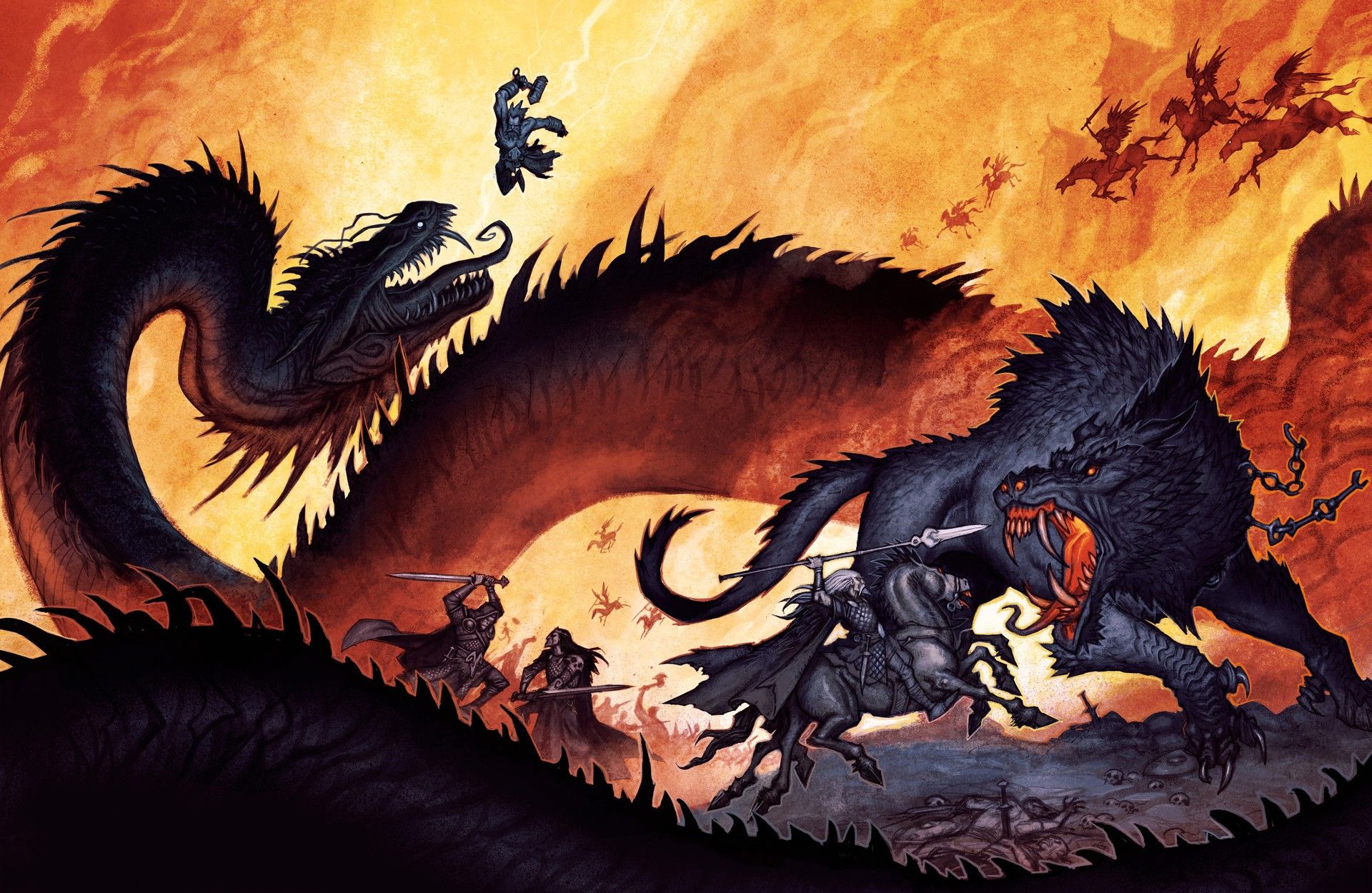 A scene of Ragnarok in Norse mythology

One of Odin’s sons, Vidar, set off to take revenge on his father’s death. Prior to Ragnarok, Vidar was just a silent god who often spent hours sitting in his gardens, growing flowers and trees. Maybe he was born for the great moment in Ragnarok. It was assumed that his shoes were made for this key moment. On that day, Vidar leaped from his horse to attack Fenrir. Vidar quickly grabbed the jaws of Fenrir. He stepped one of his magical shoes in the lower jaw of the wolf and used his great strength to tear the monster apart. Fenrir was slain by Vidar, son of Odin. Thereby, besides the name God of Silence, Vidar was also known as the God of Revenge. (See Regeneration after Ragnarok) 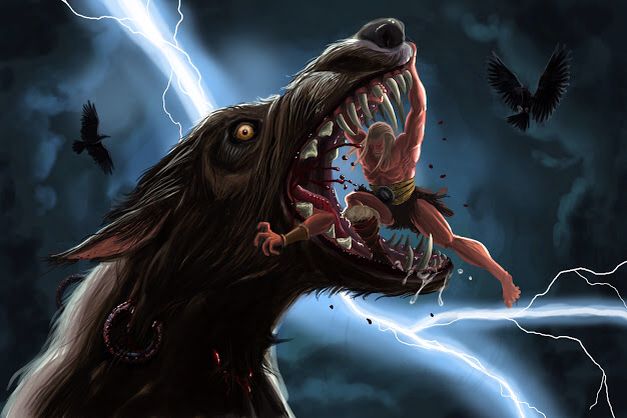 With his power which was supernatural enough to kill Fenrir, Vidar survived Ragnarok and became one of few gods who entered the new period of the world. Until now, there is a famous stone at Gosforth Church, in Cumbria, England, showing the fight between Vidar and Fenrir.