What was the best Viking Jewelry Amulet?

Though the Viking glory is covered by the dust of time, the greatness of Viking times has been learnt by people in this day and age. We admire and respect many Viking things, one of which is the Viking Jewelry. The Vikings found their pleasure in their jewelry. But Viking Jewelry stretched beyond the decorative purpose since they served as the amulet both in normal life and wars. This blog post is going to discuss What the best Viking Jewelry Amulet was.

The answer to the question mentioned is *DRUMROLL* the Mjolnir Hammer amulet. When the excavators unearth the Viking sites in this day and age, there are a lot of hammer-like things, presumably pendants, found. A group of scholars link these artefacts with the Mjolnir hammer of Thor. However, pendants or whatever it might be that shaped like hammers cannot totally persuade all the scholars of the ancient Viking Mjolnir hammer pendant. The shapes are not conclusive and none of them contains any information that directly points to Thor or the Mjolnir hammer. 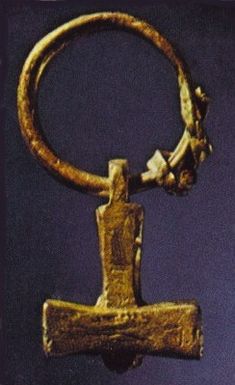 However, good thing is that excavators just found a similar pendant in Købelev on the Danish island of Lolland. That was the first Viking artefact found with an inscription. It was engraved with runic letters which were the most sacred Viking alphabets. The line said "Hmar x is", which can be translated as "This is a hammer". Featured in bronze and plated with silver and gold, this 1,100-year-old pendant showcased that Thor had a deep influence in the Viking culture and especially the Viking Jewelry. 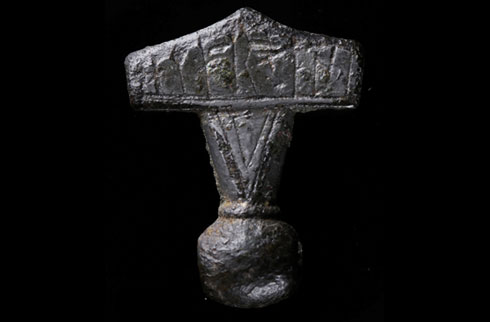 According to Henrik Schilling, a spokesman at the National Museum of Denmark, the pendant found in Købelev was the first jewelry with runic inscription at that time and it told us that the pendants (including many found previously) in fact depicted the hammer of Thor.

Regarding Thor in Norse mythology, there is no need introducing and explaining much. Because Thor and his power have gained in popularity thanks to the movie and comics adaptations. The common knowledge is that Thor is a hammer-wielding god associated with thunder, lightning, and storm in Norse myth and he is a hero. But we might miss an awesome point that Thor always wants to protect the human against any evil force with this Mjolnir hammer. Because of this, many of the Vikings worshipped Thor and created the Mjolnir Hammer Amulet. The popularity of Thor sometimes surpassed that of Odin the Father of All. Legend had it that the Viking warriors wore the Mjolnir Hammer Jewelry to join the battles. The warriors held a firm belief that Thor would be beside helping them to win the battles. In the face of the Christianization, the Vikings wore the Mjolnir Thor's Hammer Amulet in defiance. With the growing popularity of the Viking Jewelry in the past few years, maybe the dust that lies on the Viking glory is being gradually swept away and may there be a time the long-gone Viking culture find their way back to our times.

Check out other Mjolnir Thor Hammer Jewelry on BaviPower HERE