“Behind every great man is a great woman”, as the saying goes, and the Viking age as a whole could not have probably thrived without the assistance of the women. Let's take a look at what the life of Viking women was like years and years ago!

Like women in other regions, Viking women were supposed to learn and master many skill sets and attributes, that proved helpful in protecting and maintaining the familial and social structure. When their husbands were to serve the army, the Viking women bore the responsibilities of their husbands at homes.

The most remarkable thing is that life of Viking women was much better than that of the others across the world at that time. Indeed, the Viking society was very civilized. The Viking society accorded the women and privileges and treated them with respect. A Viking woman had the right to marry, divorce, and repel any undesired attention from any men. Yes, they did reserve that right. If a Viking man sexually harassed a Viking woman who was not willing of it, that man stood a very good chance of heavy punishment. This is the thing that makes many people enjoy the inspiring history of the Viking women. Because they were highly protected and greatly respected though in the ancient time.

Much as they were respected, their marriages were organized by their families. When it came to the marriage life, the burden that the Viking women carried would double or even triple.

In Viking age, women were mainly destined to be “within the threshold”. They were very good at cooking and doing the chores. They also prepared the food for the winters. Other skills to help them run the household successfully were to smoke fish and meat, brew ale, make broth, bake, etc. Cloth making, fabric work, and sewing were the important skills that Viking needed to acquire as well. Most clothes of every family member were made by the women in their homes, even some clothes for the husbands who were to go on raids or wars.

Contrary to popular thought, the Vikings were very hygienic. Thereby, the Viking women were also good at keeping their house clean and even healthy (as somehow they could make medicine).

The Viking women were supposed to manage the farm and other work of their husbands when their husbands were away for battles. They would have to look for the animals and the crops. 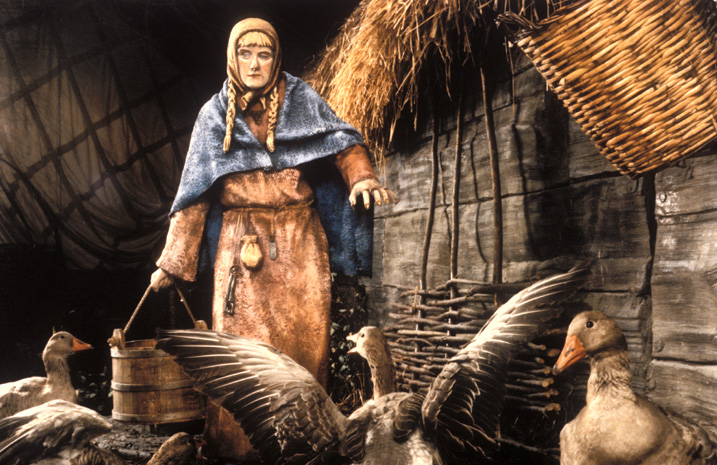 This may result in the Viking traditional funeral ceremonies. When the Viking women died, they would be buried with jewelry and household goods; while men with weapons and equipment.

There were accounts telling that Viking women following their husbands to the frontline. These women rendered a tremendous source of help to the Viking warriors. They cook and provided delicious meals. They helped and cured the wounded.

There were also the Shieldmaidens who were famous for their fighting skills and abilities that could rival the men in battles.

The Shieldmaiden in "Vikings"

From the image of the Viking women, we can one hundred percent say that a woman is like a teabag, you never know how strong it is until you put it in the hot water. The importance of the Viking women in the success of this empire is undeniable and the inspiration level of their stories is real. Let us thank the Viking women for what they sacrificed.