Aegishjalmur – The Helm of Awe

Every symbol that the ancient Vikings passed down has its own valuable meaning. Of all such symbols, the Aegishjalmur is one of the most mysterious and powerful symbols. This blog post will provide quick and precise information about Aegishjalmur. 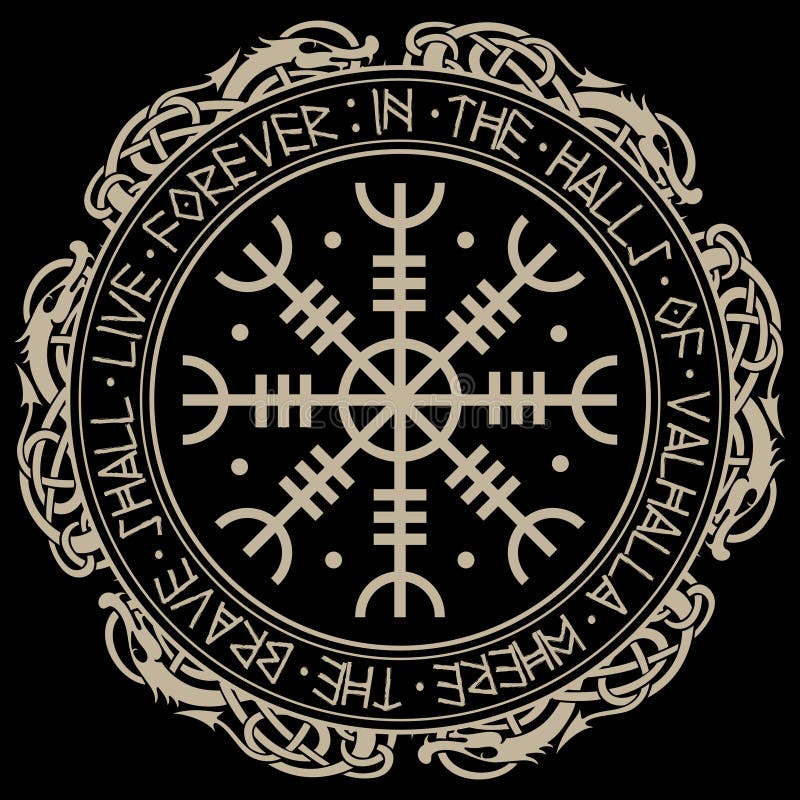 The name of the symbol is Aegishjalmur which means the Helm of Awe. The word “Aegishjalmur” consists of two root words – “Aegis” and “hjalmr” meaning “shield” and “helm” respectively. Aegishjalmur is also known as the Helm of Awe and Terror. The overall meaning of this word might be the protection in the front. In fact, many Viking warriors once applied this symbol in their forehead and between their eyebrows for protection and victory. This can be proven in one ancient spell: Make a helm of awe in lead, press the lead sign between the eyebrows, and speak the formula:

I bear the helm of awe
between my brows!

The design of the symbol

The design of Aegishjalmur is like eight tridents pointing and spiking out as if they are protecting the central point against any harm. Obviously, even we do not have much knowledge about this symbol, its design evokes the feeling of fear and protection as well.

When studying on this symbol, we can see the link between this symbol and runes – a system of divine symbols in Norse mythology. Specifically, many shapes that build up the symbol Helm of Awe have the same forms with runic letters.

The “arm” of Aegishjalmur seems like the symbol Algiz – the Z-rune.

This symbol stands for protection and safety connecting with Gods and divinity.

The straight line or the “spike” from Aegishjalmur may be the Isa rune.

After all, the final target of every warrior is to overcome their fear and bring their enemies to their knees. Such lessons should be learned by people of this modern era. Aegishjalmur finally instills us a source of courage to step over any difficulties that may arise in our life. It also provides us the protection from any negative vibes that propel us from leading a peaceful and happy life.