The concept of web of wyrd seemed to be somehow alike to that of karma or fate. But each of them was different from each other. Well, the web of wyrd might be the hardest concept to understand compared with other Norse symbols. But it will be worth the effort trying to understand it.

Standing in the middle of the cosmos was the Yggdrasil tree which connected the Nine Worlds with each other. The roots of Yggdrasil were watered by three wells, one of which was the Well of Urd which had the holy water inside it. The water from the Well of Urd could provide its drinker with infinite knowledge (Odin traded his eye to drink this water). In the Well lived three Norns who were believed to write the destinies of all beings in the cosmos. The web of wyrd was said to have been woven by the Norns as their power was much associated with each other.

The web of wyrd presented the past, the present, and the future. There were nine staves put in an angular grid. This was also viewed as the magical runes. They presented the past, the present, and the future possibilities. The order of the staves somehow reminded people that their actions in the past would affect theirs at the moment. And their now moment would affect their future. This phase of life would inextricably connect with that phase. This meaning could make us remember Yggdrasil the symbol of interconnectedness in the cosmos.

Having such meaningful message, the web of wyrd has become a preferred tattoo among the inked community. The web of wyrd tattoo serves to enrich the fountain of many awesome Viking tattoos. 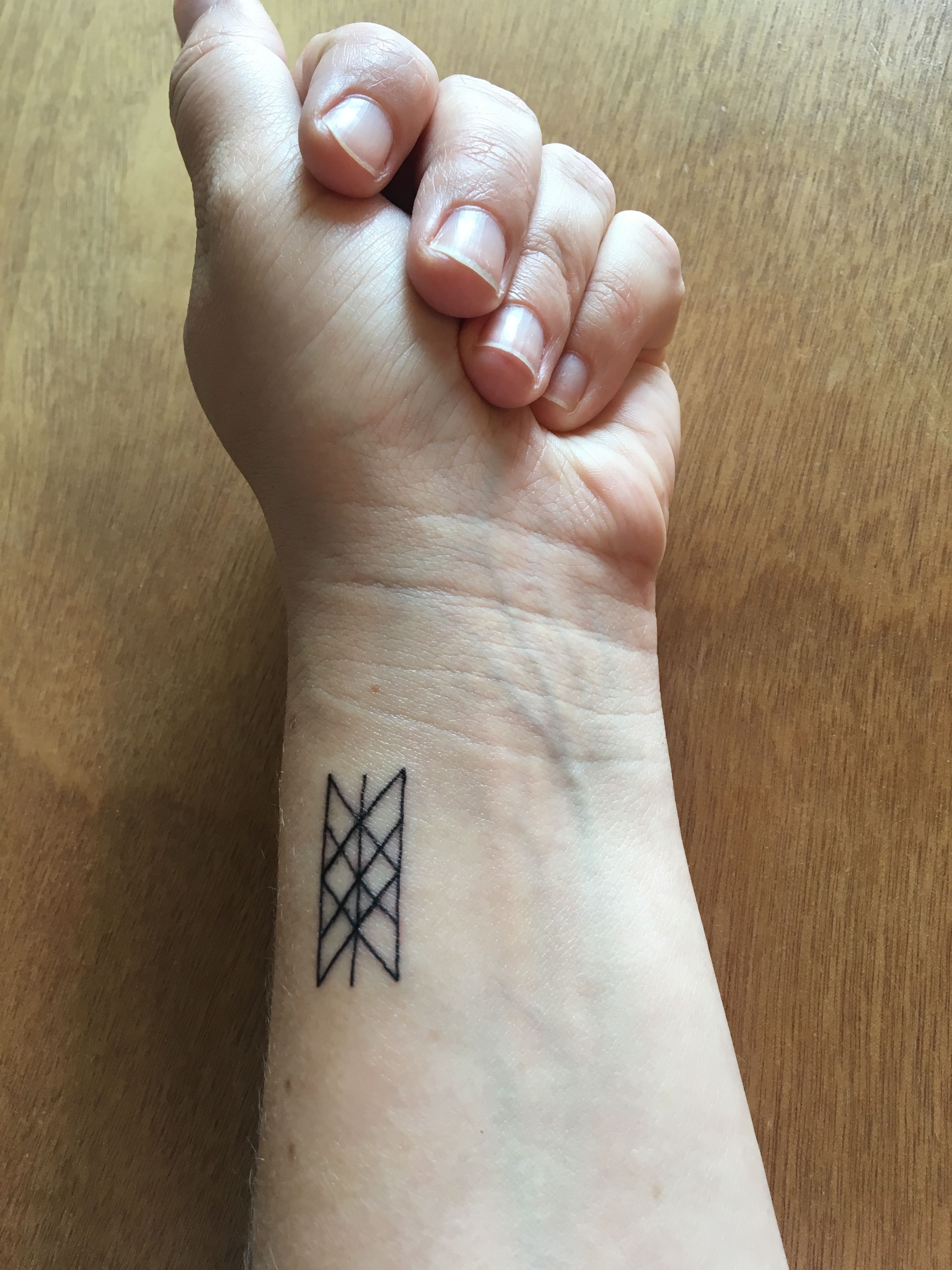