The mapping of the Norse cosmos varies from accounts to accounts. But as far as we are concerned, there are Nine Worlds that are the homes of certain Norse beings. Standing in the middle of the cosmos, Yggdrasil Tree of Life held Nine Worlds within its branches and trunks.

So, what are the Nine Worlds or Nine Realms in Norse myth? Let’s take a look at this brief piece of writing

Asgard is the homeland of the Aesir gods. Asgard lies in the middle of the sky, also on the top of Yggdrasil. The god tribe that dwells in Asgard is the Aesir whose leader is Odin the Allfather. Some famous Aesir gods are Thor, Baldur, Frigg, Heimdall, etc. There is a powerful wall encircling and protecting Asgard from any harm. Inside Asgard, there are many palaces of each god. For example, one of the most famous palaces of Odin in Asgard is the Valhalla – Hall of the Fallen.

The other god tribe of the pantheon is the Vanir gods. The Vanir took over the land of Vanaheim. The Vanir is an ancient branch of gods whose power is mainly associated with magic and sorcery. Nobody knows exactly the location of Vanaheim, not to mention how this place is like.

The only place that is visible to the human eyes is Midgard. And yes, it is the land of the humanity. Midgard and Asgard is connected by a Rainbow Bridge of Bifrost. Like the name indicates, Midgard lies in the middle of the cosmos, below Asgard. Midgard is surrounded by an impassable ocean where the monster Jormungandr lies encircling the entirety of Midgard.

Alfheim is the land of the elves. Light elves are the beautiful creatures. The ruler of Alfheim is Freyr who is from the branch of Vanir gods and the son of Njord. The elves either sometimes help the humans or give them disasters.

Dwarves are considered to be black elves. Their homeland is Svartalfheim or Nidavellir in Old Norse. Because dwarves often live in the cave or under the rocks so the depiction of Svartalfheim is mainly linked with darkness. Dwarves are the most skillful Norse craftsmen who create many precious treasures within the whole cosmos.

Niflheim is the land of mist and fog. The word “Niflheim” itself means “Mist World”. Niflheim is the coldest and darkest region in Norse mythology. According to the myth, Niflheim is the first of the Nine Worlds. The eldest of three world wells, Hvergelmir is located in Niflheim and is protected by the Nidhogg dragon. 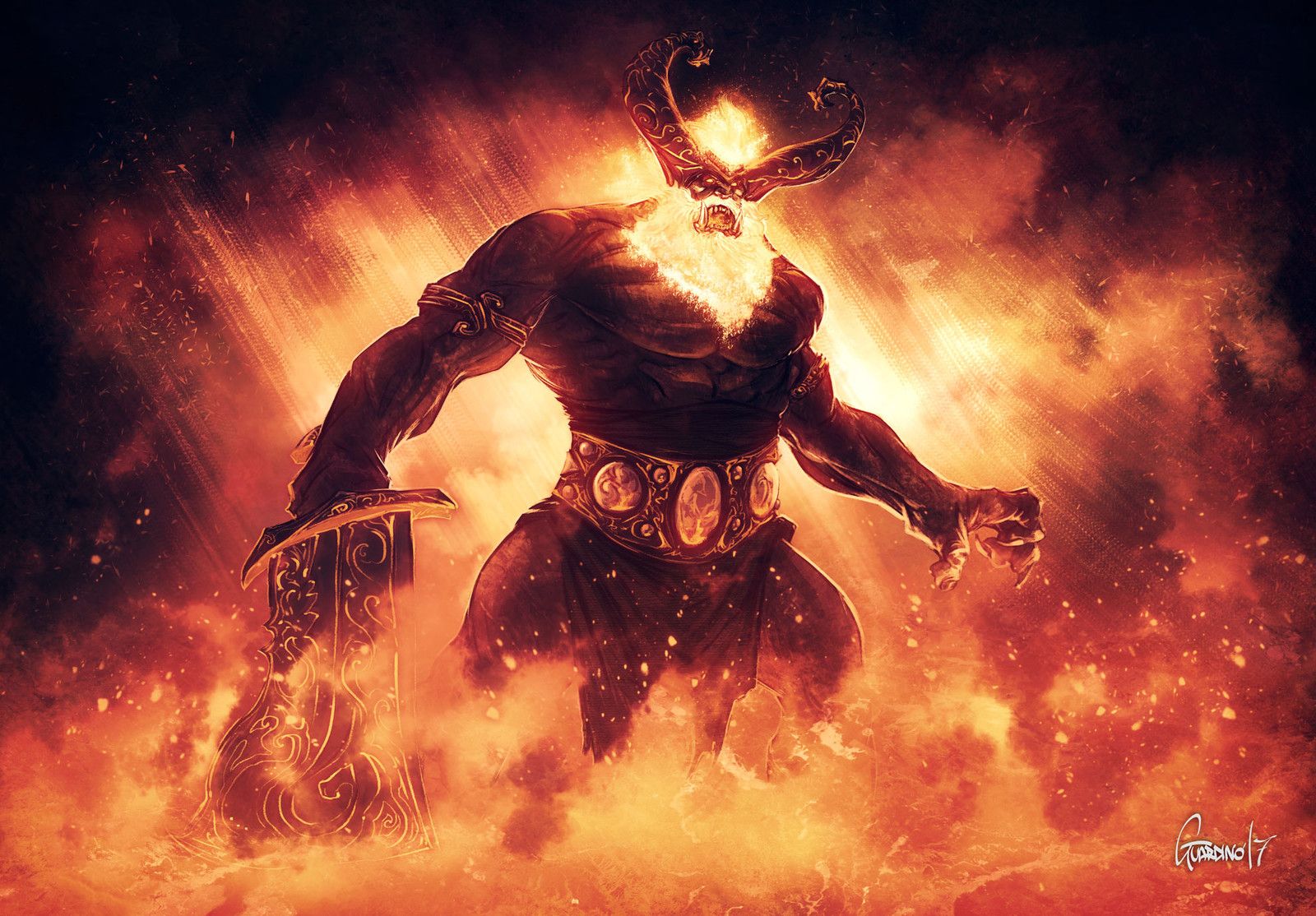 Jotunheim is the home of the giant or the Jotun. The giant is the sworn enemy to the Aesir gods. Jotunheim consists mostly of rocks, wilderness, and dense forest. Jotunheim is also too cold and dark a place for any creatures but the Jotun to live in. Though gods and giant are in conflict with each other, there are times that they fall in love with each other. Loki Norse Trickster is also believed to come from the land of Jotunheim.

Helheim is the land of the dead. People that dies of sloth, sickness, old age, and dishonourable death generally come to Helheim. Queen Hel presides over Helheim. Anyone that comes to Helheim cannot feel joy and happiness again.