How Vikings Were Honored?

The Vikings made their names with their bloody and savage practices of pillaging, raiding, and conquering anything that popped up in their path. To those being looted and inflicted, these nomadic Vikings were nothing less than despicable monsters. However, the Vikings viewed themselves as the honorable warriors when raiding. To the Viking belief, those Viking raiders would be honored in a very special way. 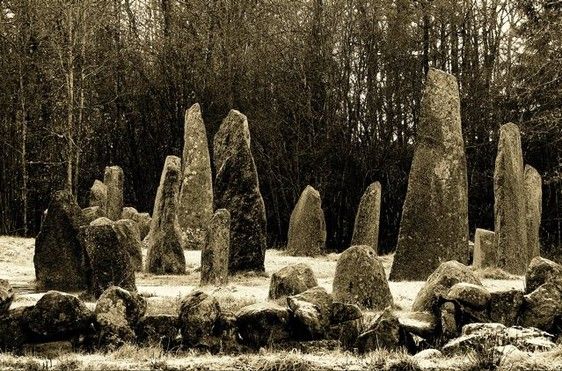 We learn about the Viking rituals of honoring the dead through tales and remaining accounts. Most of the honored Viking warriors would be sent to their afterlife in two ways: cremation and burial.

In Viking times, cremation might be common and favored. Because the early Vikings believed the smoke of the fire would carry the deceased to the afterlife. The cremation would usually take place on a funeral pyre. The remaining of the dead body, usually ash in an urn, would be buried in the graveyard. The graveyard of the Vikings was also known as the grave fields.

The Vikings believed that ships were the fastest and coolest way to send a person to the land of the afterlife. Many grave mounds were created in the shape of a ship with stones. Some wealthy and high-ranked Viking warriors were buried with their own boats. This way of burial was only applied to those who did achieve a social position, fame, and wealth when living. Viking women who were wealthy and famous enough would also be buried in the same way. The famous ship that was buried with two women were the Oseberg ship. It was one of the most well-preserved Viking artifacts dating around 834 A.D.

Contrary to the common belief, there were not so many ships sent out to sea. Much probably because it was too expensive and complicated to carry out. But we still have accounts telling that ships were set sail and set on fire by the arrows shot from the shores. If this way of honoring the dead was true, it must have been for only the wealthiest Viking warriors.

The things that could indicate the social status of the dead would also be buried or burned with them. For example, the honorable Viking warriors would be placed with sword, axe, horse, etc. Some accounts told us that the slaves would be buried with their masters when their masters died. People unearthed a grave in a Viking site in Norway with many bodies. Studying their diets and DNA, they concluded that many of those bodies were slaves who died as a sacrifice to serve their master once in the afterlife.