Norse myth consisted of many awesome things and one of those was the weapons that helped. Here are some magical weapons that famous Norse figures used in their battles.

Gungnir was the name of Odin's spear. It was created by the dwarves master smiths. The spear was offered to Odin by Loki who travelled to Svartalfheim land of dwarves asking the dwarves to create treasures. Gungnir was described as "the best spear ever" and its reputation could even rival the Mjolnir hammer of Thor. Odin threw Gungnir towards his enemies at the beginning of the battle and yelled "Odin Own You All". This became a common Viking gesture of throwing the spear. Gungnir was famous for never missing its target. Once thrown at the enemies, Gungnir never missed. Mjolnir was the hammer of Thor God of Thunder and Storm and son of Odin. Mjolnir hammer was a treasure made by dwarves, too. Again, Loki was the one that brought Mjolnir hammer to Thor for making amends for his pranks. Like Gungnir, Mjolnir never missed its target. The Mjolnir of Thor could strike fear into the giant and monster. Thor often used his Mjolnir hammer to defended Aesir gods and the powerless human.

Freyr's sword or Sumarbrandr was a magical sword. It was believed that the Sumarbrandr sword could fight on its own, the very first automatic sword that originated from Norse mythology. The name of its included two compounds "Sumar" meaning "summer" and "brandr" meaning "sword". So it was the summer-sword which coincided with the name God of Summer and Sunshine. Freyr gave the Sumarbrander sword to the giant Skirnir to win the hand of Gerdr the giantess. Without the Sumarbrandr sword, Freyr lost his battle in Ragnarok and ended up being killed by Surtr the fire giant.

Svafrlami the King also the grandson of Odin the Allfather succeeded in capturing two dwarves. He asked the dwarves to create a magic sword for him. The sword would be made of gold, it would never rust, it would cut any metal, and it would never miss. The dwarves were unhappy to be forced to do something but they still created the sword. However, they cursed the sword that whenever the sword was drawn, someone would die. Then the sword caused the death of King Svafrlami. It even made a bloody path through many regions before the curse was broken. 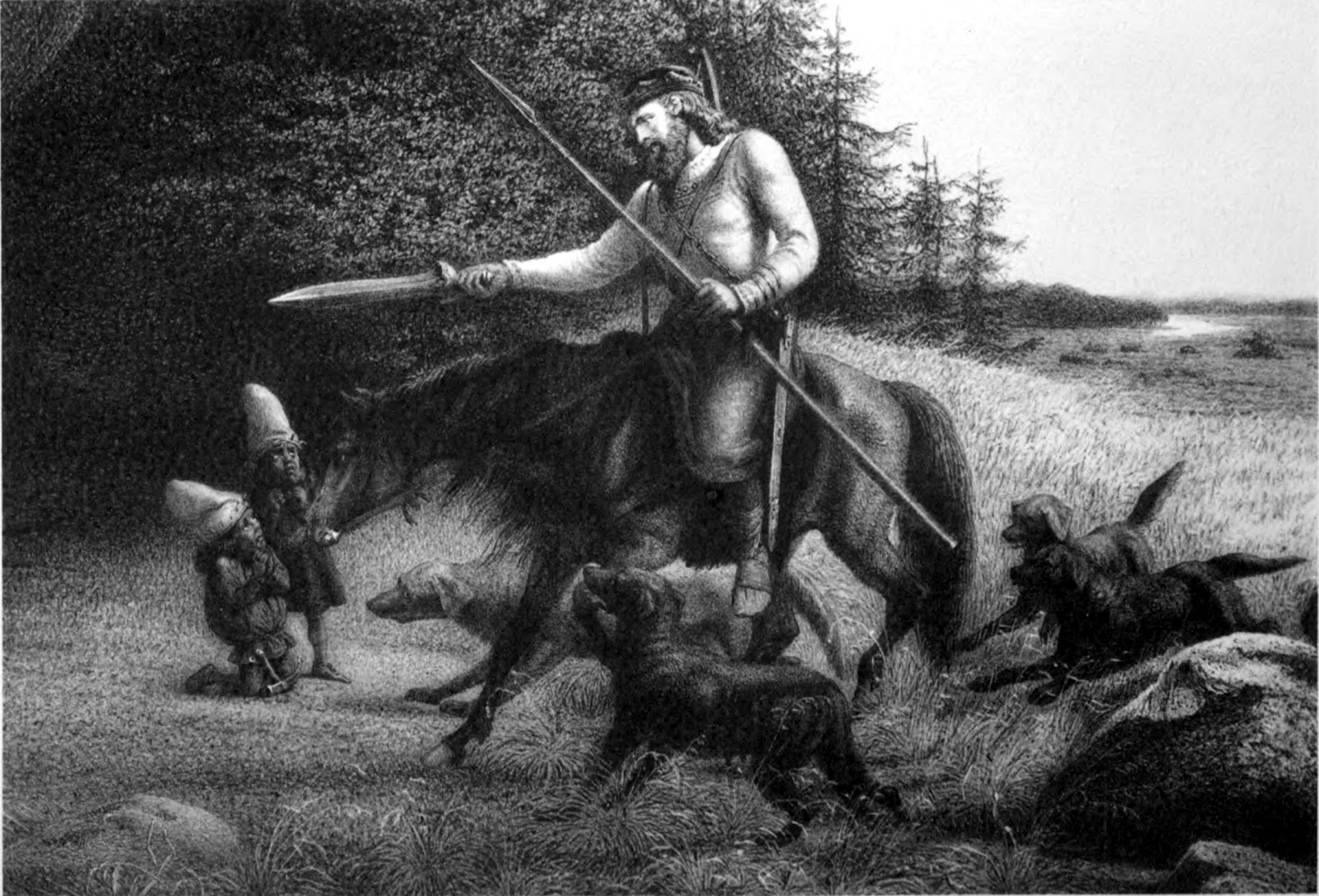